The ball is slowly starting to roll in the world of EU animal welfare legislation! On 9 December, the European Commission brought together stakeholders from diverse backgrounds for a one-day conference on the future of animal welfare in Europe, where Jacopo Goracci, coordinator of Slow Food Sentinel Razza Maremmana in Tuscany, Italy, make the voice of small agroecological farmers heard. On the same day, Slow Food published its new policy brief on animal welfare policy and its policy recommendations.

December 9and was all about animal welfare in the EU bubble! Throughout the day, political actors, farmers, scientists, representatives of civil society organizations took turns at the summit of the European Commission conference “EU Animal Welfare: Today and Tomorrow”, to discuss the preliminary results of the fitness check of current EU animal welfare legislation. It also offered all participants the opportunity to express their views on the Commission’s main ideas regarding the review of EU animal welfare legislation.

The same day, Slow Food Europe has launched a policy brief on the state of animal welfare in the European Union and its policy recommendations.

“We need a paradigm shift in the relationship between humans and farm animals, with a steady reduction in farm animals and greater respect for the relationship of animals with the surrounding ecosystem and their needs. natural as sentient beings,” commented Yael Pantzer, Project Manager at Slow Food Europe.

In his opening speech, Stella Kyriakides, European Commissioner for Health and Food Safety, announced that the time had come for the EU to step up its action on the protection of farmed animals: “This conference is an important step in the development of tomorrow’s animal welfare legislation. We should aim for higher standards for our animals, and I aspire to do so”.

And there is a lot of work to do. As confirmed by several speakers, current EU rules on animal welfare are outdated and inadequate in many respects.

Firstly, although it has been recognized that animals are sentient beings, EU legislation does not fully reflect this and, in most cases, animals are hampered or restricted in expressing their natural behavior.

Second, EU animal welfare rules do not reflect citizens’ will and concerns. For example, there is currently no EU-wide animal welfare labeling system (with the exception of eggs) preventing consumers from obtaining clear information on the conditions under which animals are raised. The importance of animal welfare for EU citizens became clear from the ECI End of cage age calling for a ban on the use of cages in farming and for which more than 1.4 million signatures from European citizens have been collected across the EU.

If you wish to express your point of view on animal welfare, you can reply to the European Commission Consultation until 21st of January!

Be sure to use our briefing note to guide your answers.

One of the most remarkable interventions of the conference was surely that of Mrs. Jane Goodall, a famous British anthropologist, primatologist and ethologist, who is one of the world’s experts on chimpanzees. During his speech, she particularly emphasized the need for all of us to develop a more compassionate view of the animals with whom we share the planet. “Animals are sentient beings. Every farm animal is capable of feeling not only happiness, when in the right conditions, but also fear, terror and despair. And they all feel pain.

▶️ Delighted to exchange with citizens and Dr. #JaneGoodall on animal welfare.

🔸His hard work and dedication to giving animals a brighter future is truly inspiring for our efforts to shape stronger animal welfare rules in 🇪🇺.#EU4AnimalWelfare pic.twitter.com/FqSYUgANMP

And as she reminded the audience, if animals suffer, so do humans. While it is true that the COVID-19 pandemic has brought about greater awareness that 70% of new diseases are of zoonotic origin, it has not on the consequences of factory farming. “Factory farming affects human health,” comments Goodall. “Meat produced cheaply in factory farms is the reason we eat more meat, and it’s one of the reasons for the obesity epidemic. In addition, it causes resistance to antibiotics, because they are used intensively”.

Ms Goodall’s remarks were not unanimous in the room, where some participants representing the agri-food lobby and the meat sector expressed their disapproval of the use of emotions during a policy debate. Critics quickly countered by Olga Kikou, head of Compassion in global agriculture EU, who reminded everyone that it was actually science that had shown that animals are sentient beings, a fact that is not an obstacle, but rather supports the need to strengthen animal welfare legislation.

So it’s true! 👏🏻👏🏻👏🏻 My colleague @Olga_CIWF emphasizes how science, clearly demonstrating that animals are sentient beings, supports and does not hinder an intensification of #animal wellbeing legislation #Time4AW pic.twitter.com/h6voNKIHLZ

During the day, various EU stakeholders have expressed strong support for the need for animal welfare ambition in Europe. “We still hear a lot of arguments from the industry about why it is difficult to improve animal welfare. But the solutions are not hard to find. If you want to find them, ”commented a member of the European Parliament Anja Hazekamp. His colleague Norbert Lin called on the EU to facilitate the establishment and adoption of small-scale and/or mobile slaughterhouses in order to reduce animal suffering during transport and animal stress at end of life”.

Through the review of animal welfare legislation and the implementation of the European Farm to Fork Strategy, the European Commission also appears determined to improve animal welfare, as it is a key element for the transition towards a sustainable food system in Europe: “It is our ethical duty to protect the animals around us.”

“When we think of a farm, we have to think of it as a system: improving one aspect without considering the others can lead to undesirable results. Stopping the mutilations without implementing a system change for the whole farm will not improve overall.

“Slow Food is pleased to see that the European Commission is showing real commitment to improving animal welfare legislation through the European Farm to Fork Strategy and hopes that agricultural policy Commune (PAC) will align and reward ambitious farmers, while ending subsidies for factory farming,” pants commented.

In its new guidance note, Slow Food calls on European institutions to move away from intensive factory farming, which is at the root of the abuse and suffering of domestic animals. EU animal welfare policies must drive the transition to agroecological farming through clear targets and timelines to achieve a healthy, sustainable and animal-friendly food system.

Want to know more about Jacopo Goracci’s vision of sustainable and animal-friendly farming? Read our interview! 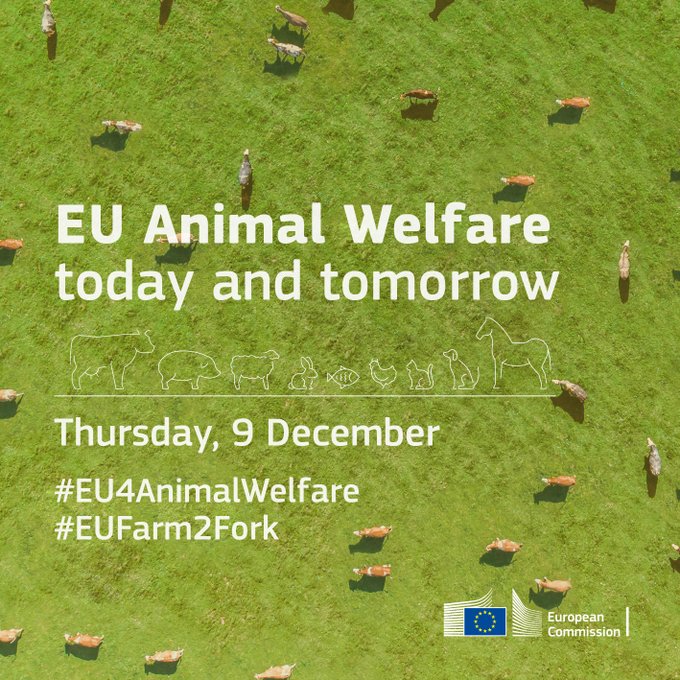