Germany’s cabinet on Wednesday (October 12th) approved Agriculture Minister Cem Özdemir’s bill for a mandatory animal welfare label, but the opposition and farming associations are warning of inconsistencies within the single market in the EU.

In a public statement after the cabinet meeting, Germany’s Green Agriculture Minister hailed the deal as an “important step towards sustainable farming”, saying that with the new label for animal products, consumers would soon have “a real and reliable choice for more animal welfare.”

Özdemir first introduced the bill key points in June, which includes a labeling obligation which will initially apply only to unprocessed pork, then gradually extend to all animal products.

If passed, the new rules would require products to disclose under what conditions the animals were raised to produce the product.

The labels would then indicate one of five levels, from indoor farming with no access to the outdoors to free-range farming, with organic production being a separate category.

Possible distortion of the EU market

However, the new mandatory livestock labeling will only be mandatory for products farmed in Germany, with labeling of imports from other EU countries remaining voluntary, at least for now.

For example, products from factory farms in other EU countries could end up on the shelves of German supermarkets without any label, while an equivalent product from German production would be obliged to carry a label indicating the one of the lowest levels of animal welfare.

In a movement Introduced at the end of September, the CDU/CSU parliamentary group in the Bundestag demanded that the animal welfare label also apply to food from other EU member states and third countries “to ensure a level playing field” and “strengthen regional production”.

“This livestock labeling has obvious weaknesses and shortcomings which not only do not achieve the intended effect, but in some cases even thwart it,” added Joachim Rukwied, chairman of the German Farmers’ Association in a statement. communicated.

The farmers’ association also pointed out that sow rearing – the raising of pregnant and lactating mothers and their piglets – remains excluded from the bill for the time being.

“This means that piglets castrated without anesthesia can continue to be imported from abroad into the domestic market and would still receive the animal welfare label,” Rukwied warned.

Brussels should present the original labeling

To counter market disadvantages, the Farmers’ Association has long called for the new label to be combined with the introduction of mandatory origin labeling of animal products in order to make more transparent the country in which the animals were students.

Like the animal welfare label, the label of origin also features in the coalition agreement between the ruling Social Democrats, the Greens and the liberal FDP.

However, the Ministry of Agriculture is instead pursuing the approach of pushing for the introduction of an EU-wide label of origin in Brussels.

A national approach would be both impractical due to cross-border supply chains and legally difficult in a common EU market, the ministry’s state secretary, Silvia Bender, told a briefing. round table earlier this year.

The European Court of Justice ruled at the end of 2020 that mandatory national origin labeling measures are only allowed if justified, for example, to protect public health or to prevent food fraud.

Clarification in the Bundestag

Despite concerns, the Farmers Association welcomed the fact that there will soon be a binding animal welfare label in Germany.

The Organic Food Industry Federation BÖLW also welcomed the cabinet’s decision, saying it was a “good day for consumers” and stressed that this step was also “important for farmers”.

The association particularly welcomed the fact that meat from organic farming is labeled in a separate category.

Animal rights activists, meanwhile, have warned that the bill still needs to be tightened up.

In a statement, Anne Hamester, representative of the capital of PROVIEH, called on the two chambers of parliament, the Bundesrat and the Bundestag, to “pronounce in favor of a restructuring of the five levels applied to animal husbandry”.

She also called for tightening the criteria that farmers must meet to achieve the highest levels of farming.

Necessary follow-up steps, such as expanding to other product groups, should be launched quickly, she added.

Meanwhile, animal welfare organization Vier Pfoten said the bill ‘fails in its central task of providing transparent information on the keeping of animals’ because it considers the naming of different forms of animal husbandry to be partly misleading. 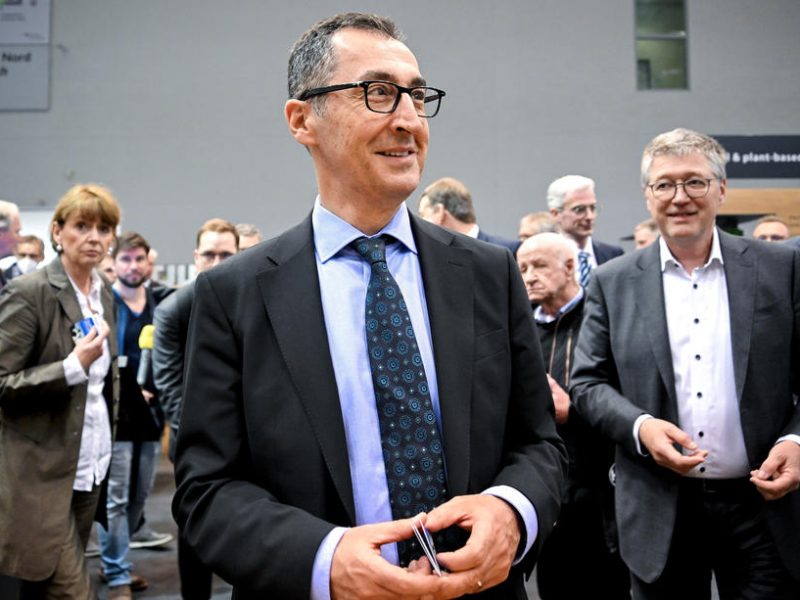