In 1876, Queen Victoria gave Royal Assent to the Cruelty to Animals Act, restricting the use of animals for scientific experimentation.

When the Act was first drafted, it was meant to apply only to mammals.

But the legal advisers, aware of the prudishness of the queen, thought that she might take offense at the word “mammals”, which comes from the udders or breasts. So, to spare it the redness, they substituted the word “vertebrates” for it.

Over the next 100 years, if scientists wanted to, say, light up a minnow’s eye, they were legally required to be licensed from the Home Office, just as they would have been if they had wanted to. of brain surgery. on a chimpanzee.

When human sensitivities become the problem, rather than the wants and needs of the animals themselves, animal welfare legislation is in trouble.

We would hope that the guiding principle of the controversial new Animal Welfare Bill (Sentience) now in Parliament would be to achieve a scientifically informed balance between the interests of animals and people. But after half a century of researching animal consciousness, in the lab and in the field, I am far from optimistic.

Is it good to boil a live lobster? The bill proposes to create an expert committee whose job will be to answer these questions and keep tabs on any aspect of government policy that “could have a negative effect on animal welfare as a whole. ‘sentient beings’

The bill risks becoming little more than a gesture of well-being for members of Parliament. Spurred on by the Conservative Animal Welfare Foundation, of which the Prime Minister’s wife is a patron, it seems highly likely that they will offer lobsters, squid and herring the same protection as hedgehogs and swans.

Such an outcome would be sentimental, unjustifiable and a legal minefield.

Unlike any previous legislation in this country, the emphasis in this new bill is on the idea of ​​”sentience”. To explain: Sentient animals are those we can reasonably assume to enjoy the pleasures of life or suffer in some of the ways that we humans do.

For us, conscious sensory experience is crucial for our sense of self. We feel, therefore we are. We savor the sweetness of honey, bask in the heat of a fire, endure the agonies of a broken limb. This is what it is for us to be alive.

But for other animals, it’s an open question. Do they also have feelings of the quality of ours? Is the light of consciousness on or off?

We can all agree that consciousness matters. It doesn’t matter if it’s ours or someone else’s.

We humans have a moral duty not to trample on the lives of other sentient creatures. But our obligations to unfeeling creatures are much less. We don’t have to worry about destroying a wasp nest if the wasps are not conscious. But we must refrain from destroying a bat roost if the bats are.

Is it good to boil a live lobster? The bill proposes to set up an expert committee whose job will be to answer these questions and keep an eye on any aspect of government policy that “could have a negative effect on animal welfare by as sentient beings “.

So who will the committee be, and where will they get their authority from?

Hopefully the Government will appoint scientific and philosophical experts, who we can assume they know what they are talking about.

But I’m afraid that’s where the problems will start. The point is, academic opinion remains deeply divided over what sensitivity in animals really is and who has it.

Four hundred years ago, the philosopher René Descartes declared that animals – devoid of a soul given by God – are no more conscious than a clockwork machine. 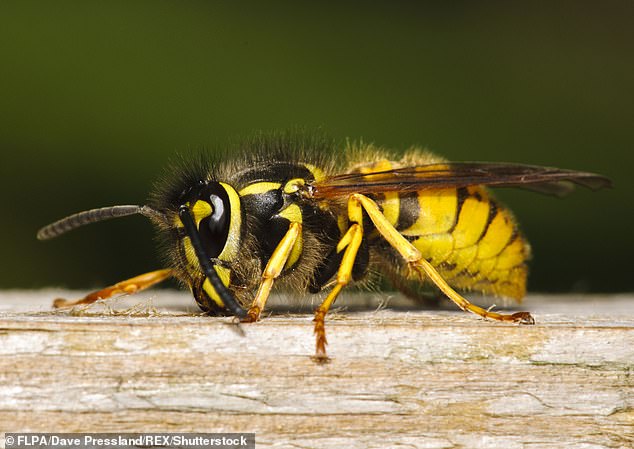 We humans have a moral duty not to trample on the lives of other sentient creatures. But our obligations to unfeeling creatures are much less. We don’t have to worry about destroying a wasp nest if the wasps are not conscious. But we must refrain from destroying a bat dormitory if bats are

More recently, philosophical opinion has started to shift to the other extreme. It is now commonly asserted that sensitivity, far from being limited to humans, exists throughout the animal kingdom.

An article published in July by two American philosophers on the ethics of raising insects for food concludes that “our current view is that insects have about a 20-40% chance of being susceptible, taking into account the available evidence ”.

So, they argue, it would be wrong to grow and harvest insects such as crickets and mealworms for food, even though such a step could help reduce global warming.

Can we do better with science? I believe we can.

In my next book, Sentience, I approach things from an evolutionary psychology perspective. I am assuming that sensitivity is a biological trait which, like digestion or intelligence, evolved by natural selection. This means that it must confer benefits on animals such as humans who are privileged to have it.

In my opinion, the value lies in how, revolving around conscious sensations, it establishes a sense of self. Sentient animals come to see themselves as particularly important individuals – an importance they then attach to other members of their family and social group.

I feel therefore I am. You feel, so you are too.

But what other animal species have psychological use for this kind of self-concept – or a brain that can provide it?

Contrary to what other scientists generally think, I believe that sensitivity, far from being a primitive trait, is a relatively recent evolutionary innovation that requires a sophisticated brain.

In fact, I am led to conclude that it did not happen until the evolution of warm-blooded mammals and birds some 200 million years ago.

If I’m right, for the vast majority of animals there is no one at home. There is no conscious self.

That doesn’t mean they have to be unintelligent or mentally boring. Nor – which is the issue often raised – that they fail to respond to the noxious stimuli that we humans would experience as pain.

All animals – and even some plants – have been programmed by evolution to do everything possible to escape dangerous situations. Fish, for example, will keep parts of their body that have been injured and they will even seek pain relievers if available. You can see similar behavior in a machine.

Take the case of your car. The car’s “mind” diagnoses potential threats and raises the alarm – in the event of running out of gas, overheating, or under-inflated tires. The car could signal a more serious problem: “Engine failure. Stop and get help. And if it detects that there is likely to be an accident, it will apply the brakes and deploy the airbags.

Yet none of these self-protective actions involve the car in conscious feelings.

So what’s so different about a lobster? If the lobster isn’t more sensitive than a car, why should we have qualms about boiling it alive?

Arguably, when it comes to conscious feelings, boiling lobster is no more offensive than boiling a wake-up call. What about a cell phone? Interestingly, an informal survey shows that while most people don’t think it would be unethical to drop their phone in boiling water, they would want to turn it off first.

We certainly have a natural tendency to see consciousness all around us. This is our default mode. In terms of legislation, this is by no means the first time that human values ​​rather than those of animals have fueled the debate.

In the Middle Ages, the shoe was on the other foot. The animals were not protected, they were being pursued.

In many parts of Europe, ecclesiastical lawyers were looking for evidence of animal malfeasance. A pig killing a human baby, for example. Rats eating grain, weevils destroying grapes. The criminals – pig, rat or symbolic weevil – could be charged and brought to justice, where they were represented by a lawyer.

The result was a field day for ambitious lawyers. Sometimes they argued so well that the animals received compensation for bogus lawsuits. Weevils, for example, could be given a field in compensation. It was absurd, of course.

But 600 years later, we find or have a Parliament that is also heading for absurdity. It’s not that hard to imagine animals coming back to UK courts. But this time, it will be humans on the platform.

Quite true, you will tell me. Humans who abuse sentient creatures deserve it. I don’t disagree.

But until we can agree on sentient animals to begin with – although that is open to anyone’s interpretation – those who stand to gain the most from the new law will be the lawyers.

Nicholas Humphrey’s book Sentience will be published by Oxford University Press next year.